Fifteen years ago, Tasmanian Engineer, Peter van Emmerik was in his early seventies and retired.  Like many people in retirement, he didn’t want to stop working altogether.  Instead he started working on a project, which at the time, he didn’t realise was going to launch a full blown Australian-based company, pioneering residential lifts of this kind around the world.

With Peter’s passion for mechanical engineering, he embarked on a problem-solving project: ‘How can we remove the inevitable danger of stairs in two-storey homes affordably for the average Australian?’  This was a personal dilemma for an elderly relative and eventually was a clever solution for hundreds of Australians. 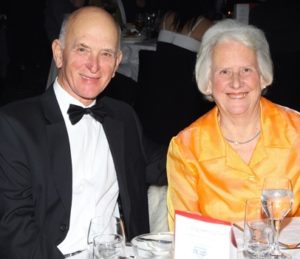 Peter invented the first ‘through-floor’ residential lift as a safe and convenient alternative.  His motivation was to create a product that empowered people to stay in their home, at an affordable price and with minimal impact on the building.

Prior to his invention, residential lifts were either an exclusive luxury or for people with a disability.  It’s now considered a smart way to future-proof a home.

“I designed this lift so people could stay safely in the home they love,” says Peter.  “It saves time, effort and money that would otherwise be wasted moving to another house.  It also removes the emotional anguish of being uprooted from your family home.”

Initially Peter made one at a time by hand.  Many of the components were made at various workshops around Hobart. As the business grew and the concept gathered more momentum, he was able to organise different suppliers and larger volumes of product.

Peter was adamant that the lifts remained locally manufactured in Australia.  Different components of the lift, such as the metal fabrication are made in Tasmania, and the Ullrich Aluminium is sourced from a smelter in New Castle.

Architect, Jegi Jager, from CPS Management, who is a great advocate of installing residential lifts in Australian homes says “There are lots of lifts coming in from overseas, but their parts are really out of China.  It is good to use a genuine Australian product”.

Another benefit of locally made is that all spare parts are Australian so there’s no long waits if there was any cause for a replacement part.  Also, if required, the lifts can be customised to fit bespoke situations.

Peter’s quest to make the lift as affordable as possible was achieved and the RESiLIFT remains the most affordable residential lift on the market. 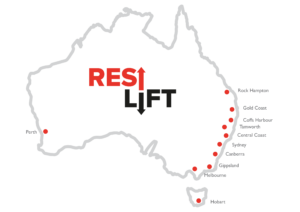 Peter’s award winning shaftless lift was literally ground-breaking.  It has been patented and replicated across the globe.  Peter is still active in the business and was adamant that the manufacturing and ownership of the business stays in Australia.  Now after 14 years, with 11 distributors around Australia, it surely is a fair dinkum Australian product, proudly owned by Australians, servicing Australians.

Enquire about the best value for money home elevators today!