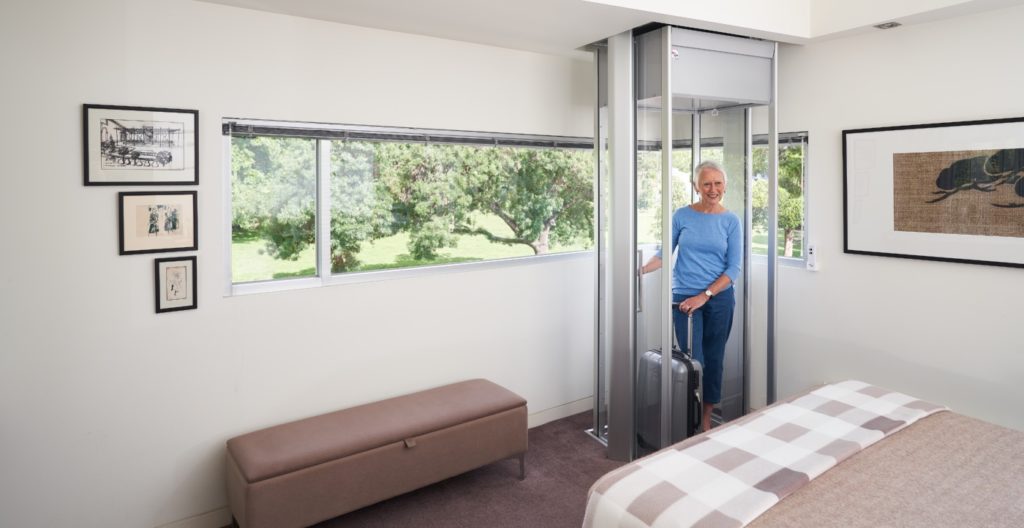 Retirement is an ideal time to prepare for the next fulfilling season of our lives – and one of the most important decisions to make is whether to stay in the home you’ve grown to love, or move on. Don’t make that call until you’ve considered all the options.

Retirement is an ideal time to prepare for the next fulfilling season of our lives – and one of the most important decisions to make is whether to stay in the home you’ve grown to love, or move on. Don’t make that call until you’ve considered all the options.

There are many factors that play into such a major life decision – proximity to the grandchildren, how connected you are to the local community, or even how physically challenging navigating a large house can become after a while.

But one thing is for sure: you no longer have to leave your two-storey home just because of the stairs.

That’s right; what may have been an insurmountable barrier for many of us a decade ago is no longer, thanks to RESiLIFT.

RESiLIFT is a residential lift that can be easily installed into existing or new homes. The clever Australian design was the first of its type in the world, pioneering shaftless lifts. It allows people to live in the homes they love without breaking the bank or making a massive impact on their building structures.

Louisa King, who works as an occupational therapist, says a person’s home is “often part of their identity” and making the right decision for their home is key.

“Making a move is not an easy task,” she says. “Especially if you are downsizing or worse, moving when you are not well. There is only a limited window for people to make this decision.

“Ideally in their 60s or early 70s, people weigh up their options and implement their decision before the task becomes too big and decisions are made for them.”

As life goes on, it’s important for seniors to be adequately prepared for the future. Thankfully, taking precautions in your home and preparing for the future doesn’t mean you have to move to a smaller, one-storey property as staying in the home you love is now possible for an affordable price. Thanks to RESiLIFT, seniors are able to provide themselves with the best provisions for their future.

Lyn from Gisborne, Victoria, could not have been more pleased with the timing of her RESiLIFT installation. “I broke my leg just before Christmas,” she says. “Having the lift was a God-send. On the other hand, my girlfriend broke her ankle very badly and had to have an ankle fusion. Their home has very steep stairs and no bathroom downstairs. Without a lift, it was a nightmare.” 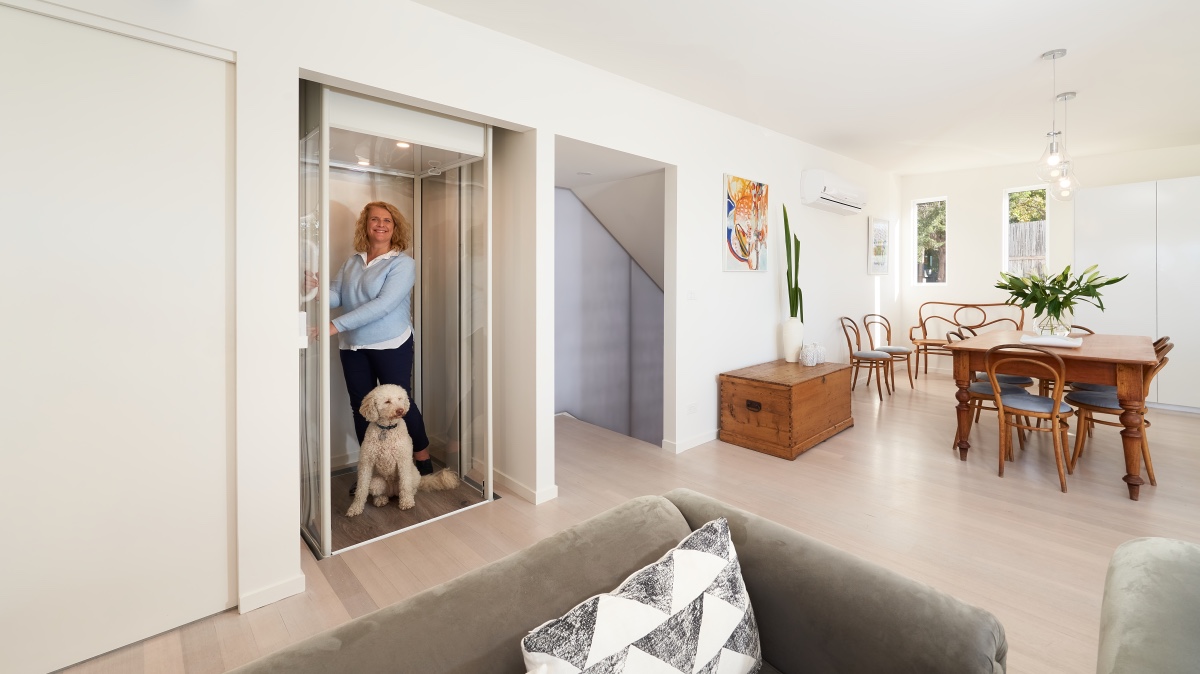 Created by Peter van Emmerik – when he himself was retired and in his mid-60s – RESiLIFT was conceived to be the first “through-floor” residential lift, and it allows people to live in the homes they love without breaking the bank or making a massive impact on their building structures.

As many of us who are in retirement know full well, life does not slow down in the slightest – and Peter understood the importance of wanting to stay in your beloved residence without having to sacrifice comfort and safety, or cause a huge dent in life savings.

Peter’s award-winning product means people are able to have a residential lift that carries them to where they need to go – whether that be from their lounge room to their front door or from their bedroom to the garage.

Thanks to his incredible efforts, homeowners are able to have endless options. Tax agent George Dimitropoulos says he had a RESiLIFT installed in his parent’s home and was “pleasantly surprised by the price and the ease of getting the work done.”

“Installing a lift is a justified financial decision,” he says.

“The full cost of installing a RESiLIFT in my parents’ home, including building works, was $35,000 all up. If they were to have downsized, aside from the potential impact this can have on people’s pensions, the stamp duty alone is astronomical.

Quite apart from the financial benefits, installing a RESiLIFT is quick and easy, “with no loss of lifestyle,” adds George. “My parents did not have to move from the family home and experience the trauma associated with that process.”

Peter says that designing RESiLIFT for retirees means they do not have to leave or sacrifice their house for safety and security.

“I designed this lift so people could stay safely in the home they love,” he says. “It saves time, effort and money that would otherwise be wasted moving home. It also removes the emotional anguish of being uprooted from your family home.”

RESiLIFT is a smart and affordable solution that doesn’t require seniors to make the jump from their beloved home to a smaller, one-floor property just because they are not as agile as they used to be.

Jegi Jager, an architect for CPS Project Management, says retrofitting a lift into your home “really makes sense. This is the future. I would never build or plan a two-storey home without a lift.”

RESiLIFT rolls affordability, safety and quality all into one, explains Jegi, adding that he was further encouraged to use RESiLIFT as it is a “genuine Australian product”.

An investment into a RESiLIFT not only offers the comfort of moving about effortlessly within your own home, but allows for a future free of worry. It also gives the same peace of mind to anyone else who might take on your home one day, making it an affordable, Australian-designed and built asset that can only add to the value of your property.

“It’s such a relief!” says Margot Ling (pictured above) of her own RESiLIFT, which she had installed in her own house two years ago. “Now I know we can stay in our home! We love it!”

To find out more about future-proofing your home with a RESiLIFT please use the contact form below.

Customer and staff safety has always been a priority for RESiLIFT. If a home visit is required please be aware of our new protocols: 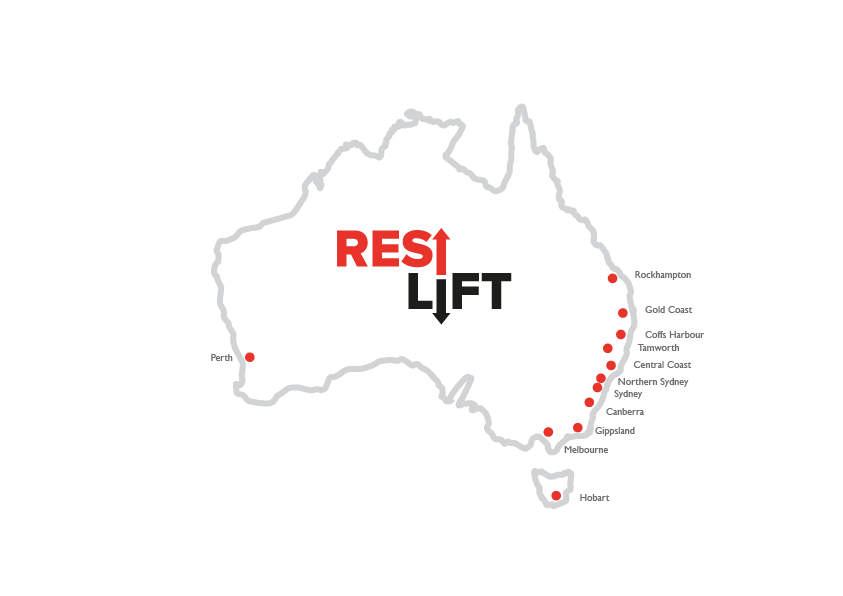