For a long time, I lived in high-rise apartment in the CBD, without a garden of my own. In retirement, I wanted to have a small garden, live close to public transport and my family, with a spare room for guests and an office (because if I’m honest, I couldn’t imagine not doing some work at least for a few years).

Prior to my first knee replacement, the orthopaedic surgeon indicated that replacement knee joints will last 16-20 years or longer depending on the nature of use. He said that stairs, particularly going downstairs wears the knee joint due to the impact of weight on each step and the risks of falling, of course. 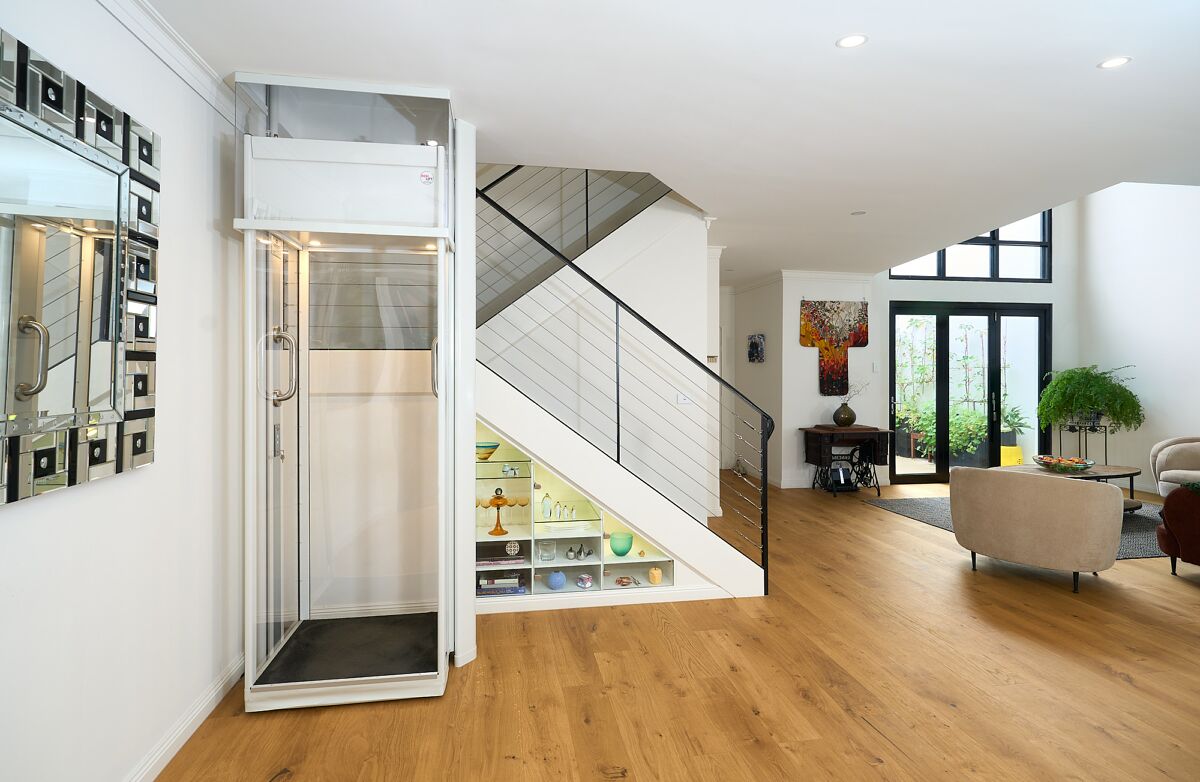 But to get everything I wanted in my forever home, with the budget I had and land prices what they are, meant that I would have to buy a double storey home. So, I needed a solution.

With a background in risk management and workplace safety, I basically went about researching “how to live in a double storey home with two fake knees”. The family business Lucidity Software, from which I have just retired gave me the tools to undertake a risk assessment approach to living in retirement. In effect I practised what I had preached these past 30 years.

Firstly, it was a no brainer, I needed a lift functionality on a day-to-day basis. To find a lift that suited my needs, I set the following criterion:

I also researched the downside of lifts - what goes wrong with lifts. Apart from standard maintenance it appears lift doors can be problematic. There were so many times the lifts in my CBD apartment were out of order and I didn’t want the expense nor inconvenience associated with lift door malfunctions. 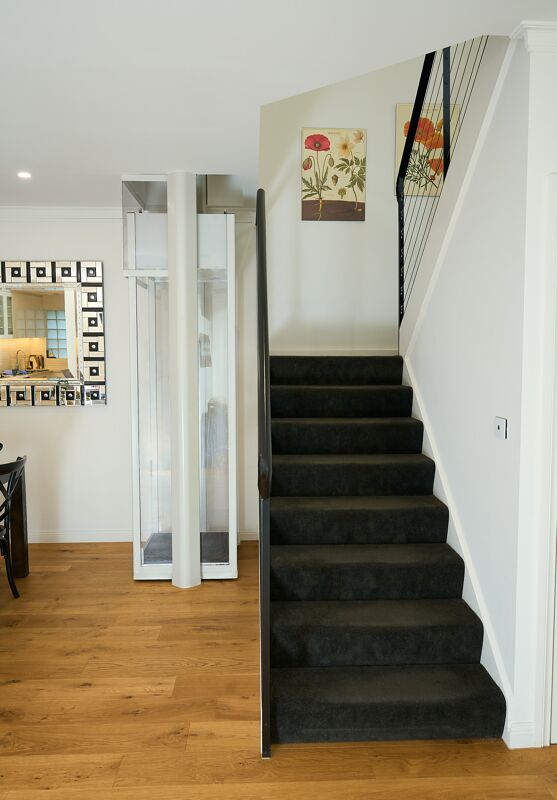 In my research I discovered the doorless lift which had great appeal to me as it meant it was simple and quick to use. I did a risk assessment on the doorless lift design. For me, it was a far safer option – it’s more likely I could be caught out with a non-functioning door than fall from a lift with a safety
grip.

RESiLIFT® is the only residential lift on the market that is doorless, and it ticked my other safety boxes too. The mechanism to operate the lift means you hold down a button to move in any direction. As soon as you remove your finger off the button the lift stops – basically it acts as a ‘Deadman Switch’ in safety language. This makes it pretty foolproof, and I still have one hand free for my coffee cup!

The other risk of course is being caught in a lift when there’s a power failure. The lift has a manual override that can be used if you just happen to be in a lift when the power cuts out – unlikely but you never know.

I obtained the dimensions of the various lifts on offer and used these to determine practicality of lift installation at every “open for inspection” homes I visited.

Once I found the home I hoped to buy, a RESiLIFT® representative came with a template to test size capacity. This happened prior to me making an offer on the home. I also arranged for a builder to quote all the renovations I wanted done prior to moving in which included replacing walls with windows so that I could bring the outside garden into the living space.

I have positioned my lift in the corner of the dining room which I thought initially would take up too much space given I have a large dining table with eight chairs. Recently I had eight friends for dinner and the next day a friend emailed me and said she’d forgotten to check out the lift, where was it? I had to point out that it was about 2 feet way, behind her when she was eating, but upstairs not on ground level. The lift itself has been quite a point of entertainment with friends given its pretty well invisible yet extremely effective. We all agree when there are two people in the lift its very ‘friendly’ – the Mirage model is just for two.

It’s been almost a year since I moved in and have only used the stairs three times in total. I even
treated myself 2 robot vacuum cleaners which clean both levels, not the stairs, while I enjoy coffee
out with friends.

I now have my garden and everything is set up for perfect and safe retirement living. It would not be
possible with a lift and the only practical unobtrusive lift for me was the RESiLIFT®.